The Visions Archipéliques exhibition is fuelled by the drive to fill a gap to showcase Martinique’s artistic photography and link it to the Caribbean’s as a whole. Portraiture is the most popular among the Caribbean’s most widespread photography styles. Visions Archipéliques is more an inventory than a forecast and doesn’t pretend to be comprehensive. The exhibition shows how each photo has little touches that help it build an overall image of the Caribbean region.

The pieces in the first gallery focus on faithfully depicting facial features or a human being’s singularity whether it be as part of a social group or an expression of a personality in relation to their living space. They are true to the conventional definition of portraiture. However, the artists sometimes challenge photographic conventions by fragmenting or deconstructing the face. 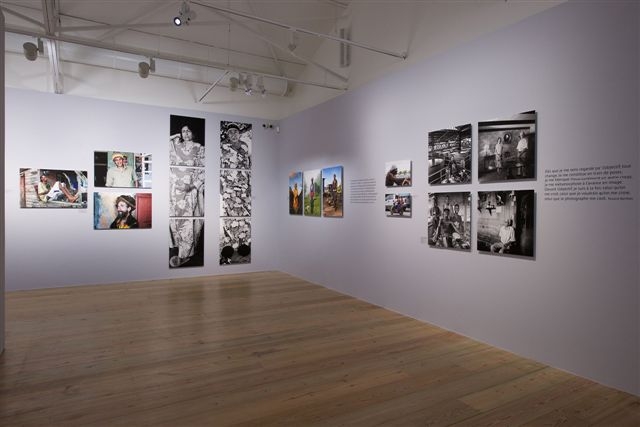 The second gallery presents a post-modern approach. These photographs explore gender, ethnicity and sexual orientation and deconstruct social stereotypes or protest against a political or ecological situation. The main thing is the issue presented by the artist using their own body rather than a faithful reflection of a personality.

Some pieces in this collection question the boundaries of portraiture and limits of photography.

In the last 10-15 years, Caribbean photographers have developed an often serial approach to social portraits. They portray social groups rather than attempting to capture an individual’s personality or soul. This is true of Gens de pays by Jean-Luc de Laguarigue, Vis-à-vis by Robert Charlotte, From the US series by Pedro Farias-Nardi and Families by Jean-Michel André. Some series often document small social groups bound by a shared interest: Veyé la vi’w, Ma grena et moi, Léopards, The Mike Men, Black-out: Kingston 12 Jamaica, Let me introduce you, The Others, Trinidad artists series, Nord plage. Other organised groups sometimes underline the individuals’ close bond to their land e.g. Totems à la frontière, Canaries, Garifuna, Jardins créoles or capture them in their familiar world: Interiores and Gens de pays.

The series as a creative process epitomises a coherent approach, captures the artistic nature of the project and, with pioneers Walker Evans and Bernd & Hilla Becher and contemporaries John Coplans and Cindy Sherman, has helped photography gain recognition as artistic creation.

Shooting everyday life as fantasy set-ups paints a picture of the Caribbean and emphasises similarities in postures, contents and themes in two very different ways. The exhibition displays some images together to demonstrate this e.g. interior shots by Jean-Luc de Laguarigue, Polibio Diaz and Robert Charlotte.

The people in Polibio Diaz’s interiors aren’t shot in a pose. They are asleep, moving or appear by chance through an opening. You can sense the hustle and bustle outside or beyond the frame. The photographer seems to infiltrate the intimacy of the “models” to the extent that they forget he’s there, undress and wear rollers. They give him an intimate, private glimpse of their family life that brings out their personalities. Poses by Jean-Luc de Laguarigue or Robert Charlotte may seem more restrained but portraiture in the Caribbean now happens with more or less dialogue, as recommended by Raymond Depardon who felt the need to bring it into the photography process in the 80s: “a little communication so it’s not a total robbery to try and give people their independence and freedom” (1).  Jean-Luc de Laguarigue and Robert Charlotte have emphasised the importance of communication whilst shooting. It may not be immersion like Marc Pataut but nor is it an image on the sly like Cartier-Bresson: “I rang the bell, the door (Frédéric and Irène Joliot Curie’s house) opened, I noticed, I went in and said hello after. It wasn’t very polite.” (2)  It’s undoubtedly therefore possible to avoid staging oneself as described by Roland Barthes in Camera Lucida “Once I feel myself observed by the lens, everything changes: I constitute myself in the process of “posing”, I instantaneously make another body for myself, I transform myself in advance into an image. In front of the lens, I am at the same time: the one I think I am, the one I want others to think I am, the one the photographer thinks I am” (3).

Some shots still have a documentary function but that doesn’t make them distant recordings. “The purest document is actually inseparable from an expression.  Photography never records without transforming, building and creating.” (4) The shots encapsulate their creators’ vision and denote a keen focus on mankind. Can we discern a form of social enquiry into the Caribbean people in their environment in pursuit of a regional identity?

Some photographers such as Anabell Guerrero and Gilles Élie-dit-Cosaque go beyond the portrait to fragment, deconstruct and layer facial fragments either to emphasise the composite nature of identities and cultures or to preserve the individual.

There’s a split when graphic artists delve into photography as a graphic material. In Ernest Breleur’s faceless portraits, the shot becomes the graphic material alongside the x-ray film, staples etc. “Invent a type of portrait stripped of the classically proven reference, the face as a standard criteria, with recognisable indentations and an unsurprising path” (6)

The second part of the exhibition presents methods that are more liberal, hybrid and less traditional or focused on the perfect shot. Portrayal is no longer the purpose. The crux of the matter is more than what you can see.

Instead of succumbing to narcissistic introspection, contemporary photographic self-portraits explore identity, gender, race and sexuality in the Caribbean. They also address historical, social, political, ecological and global themes and attempt to deconstruct stereotypes. Artists can insert their own image into everyday reality or create fictional characters. They can also hide their or their model’s face behind a mask. Digital alterations enable artists to adjust the scale or duplicate the same character as in series by Stacey Tyrell and Joshua Lue Chee Kong. Artists use photography to express a personal issue or demonstrate their commitment. They express their inner self or beliefs at the same time has dealing with issues that we all share. “The main aim of art photography isn’t to reproduce the visible but to shed light on something about the world, something that may not necessarily be visible.” (7)

The shots may be the remnants of public performances or captured in the solitude and strict intimacy of the studio by the artist themselves or by a team coordinated and directed by the artist. Photography can be the main material or just one aspect to artistic expression alongside others such as the installation. 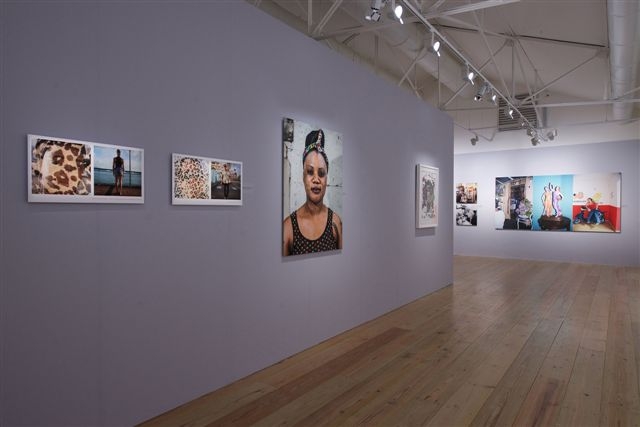 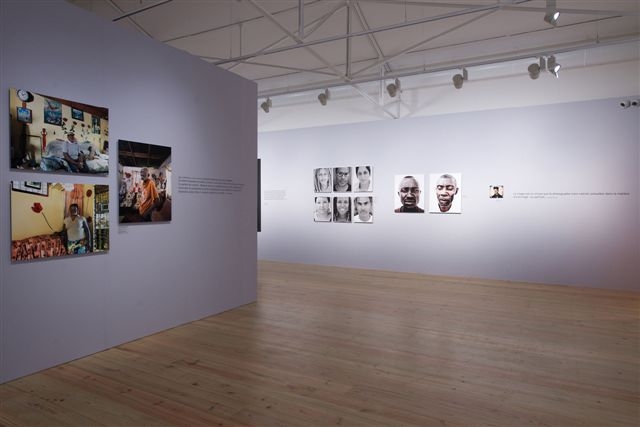