Hasta que me guste. Belkis Ramírez and the being in common as experiment 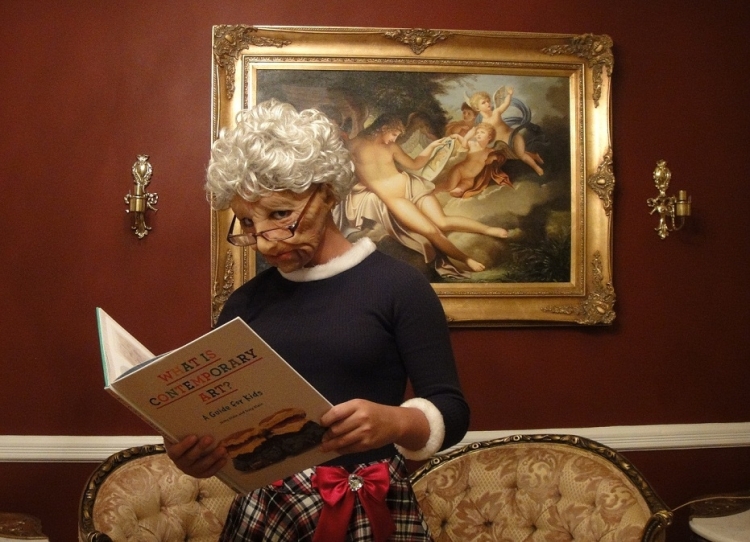 Artistic renovation and the critical questioning of human relationship has been at the core of the artistic production of Belkis Ramírez. Since her first steps as an artist, Ramírez has aimed to transcend straightforward representations in order to alter the quietness of the spectator who approaches art spaces in order to contemplate something passively given. To refuse this possibility, to complicate it and, by so doing, to allow this spectator to learn through images and aesthetic experiences arises as one of the main achievements that Ramírez has fulfilled perfectly for decades. 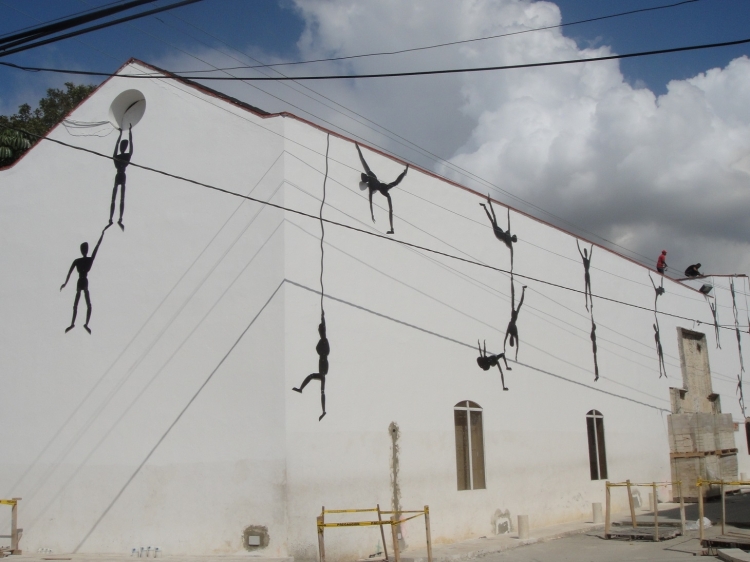 This exhibition is not an exception in this sense; rather, it tries to develop to the very end the imperative of not taking anything for granted, of teaching through trial and error, of blurring the distance between the looker and the creator and even between the images and artworks that far from staring passively at our glance, return the gaze back, demanding answers to shared questions. Hasta que me guste presents a set of new works in which Ramírez explores new artistic media and new approaches to the contradictions of the endangered contemporary social texture. Hasta que me guste arises as a playful approach to those contradiction that has to be done by putting ourselves inside a bell that renders us accomplices in our imperfection. What seems to be a voice test hides an uncomfortable glance towards the limits of (self-) acceptance as well as an hilarious promise of improvement. Aquella nube transform the space of the Centro Cultural de España of Santo Domingo, making us responsible of the collective tragedy of our days, whose everydayness does not turn it less heavy or admissible. Ahora que me he calmado shares the ominous tone and the density of Aquella nube, alluding to specific violence in order to immediately dislocate them and implicate us. We face, then, a landscape of everyday catastrophes that looks like a game, one that hides a critical concern. Within this situation, we will hold a pair of eyes that look at us buried under a wall of debris, demanding not only our attention but also a surplus of participation. Through a well defined, minimal imaginary, Belkis Ramírez achieves to summarize an artistic career of three decades in a set of questions that we cannot but confront collectively. 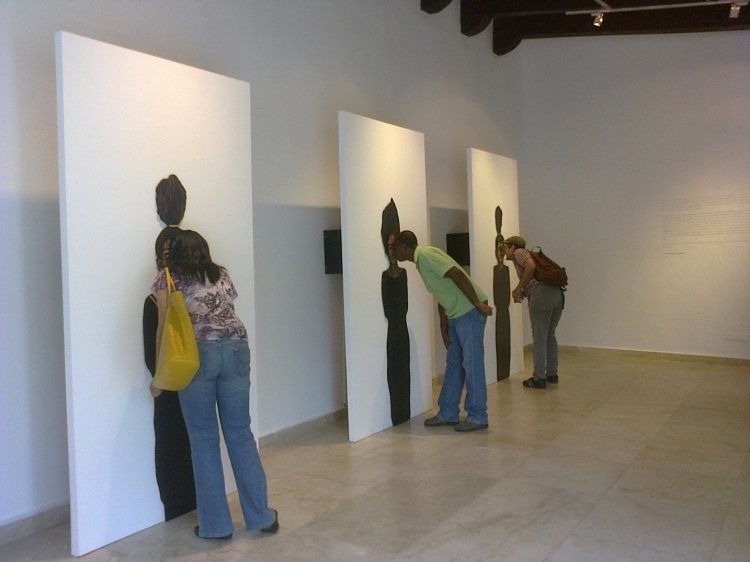 Precisely, Hasta que me guste arises from confirming the success and the indispensability of collaboration towards moments and situations of uncertainty. This is an exhibition conceived to illustrate shared tragedies, not so much in order to allocate blames, but with the intention of generate collectively alternatives, exit doors. We can perceive this will of incardinating agendas (of “collectiviz[ing] of capacities invested in scenes of dissensus”, in Rancière´s words ) not only in the process of artistic creation ((Raquel Paiewonsky, María Castillo, Karina Noble, Citlally Miranda, Pascal Meccariello, Miguel Piccini, Héctor Montás, Frank Bueno or Alex Otero collaborate in some of the artworks), but also in the audiences´ responses demanded by the exhibition. In Hasta que me guste our artista achieves to amplify the ability of her prints and installations of looking back, in order to commit ourselves to a common task.
Continuing the experiments initiated in former projects (a concern already present in “classical” works such as De la misma madera or En oferta), the installations and videos present in Hasta que me guste use participation not to generate some kind of “artistic evangelism” , but to render evident the complexity of the politics of spectatorship developed by all the agents implied in creativity. More than providing responses or resolving absences, the artworks exhibited in Hasta que me guste outline questions, forcing us to adopt a shared responsibility towards then. In that sense, Belkis put spectators under favorable conditions to think the being in common , the active, transitory character of all community. This interest in questioning the how of any common task allows, following Bishop, “to challenge traditional artistic criteria by reconfiguring everyday actions as performance; to give visibility to certain social constituencies and render them more complex, immediate and physically present; to introduce aesthetic effects of chance and risk; to problematize the binaries of live and mediated, spontaneous and staged, authentic and contrived; to examine the construction of collective identity and the extent to which people always exceed these categories.” 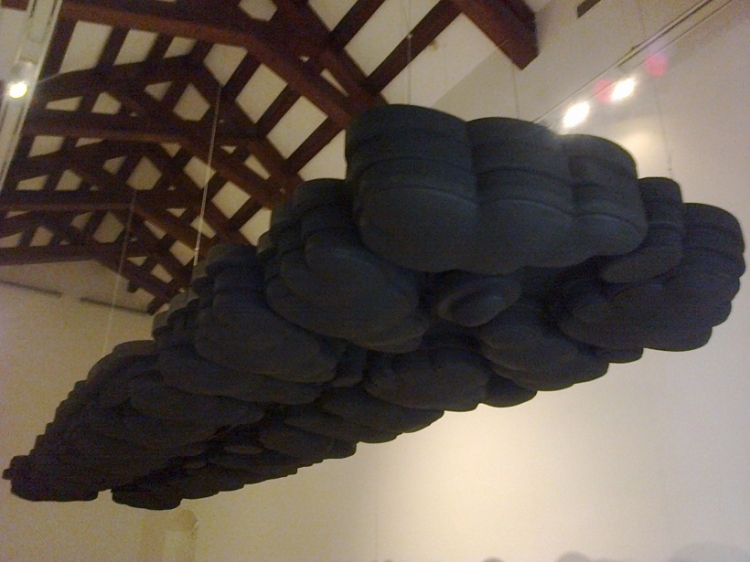 Hasta que me guste arises, then, as an attempt to explore, both in a formal and a conceptual level, the frontiers and the possibilities of this excess. The exhibition evidences thus not so much a final result as an unfinished thought in which we are involved along with the artist.